And Her Bawdy Adventures in the Wild West 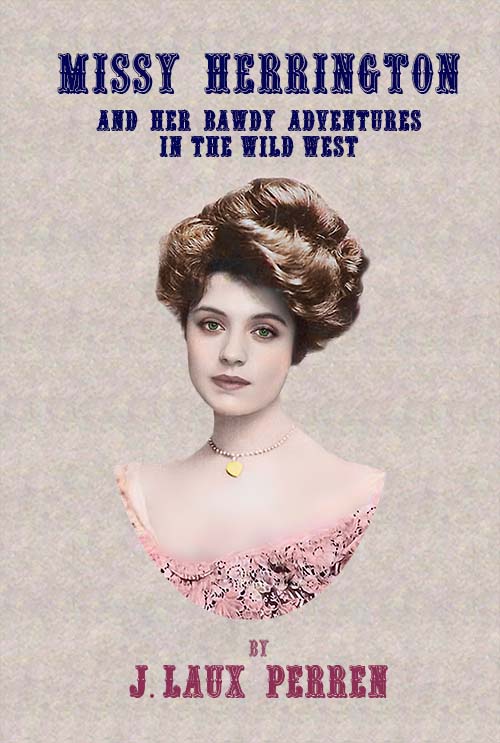 Missy Herrington, a young widow of an English Baron, convinces Lord Beverley, her mentor, benefactor and occasional bed partner to use his connections as a newspaper owner to sponsor her in a journalistic adventure in America. Missy uses her writing talents and her skills as a courtesan to find a unique perspective. Missy also meets and, on occasion, beds many of the colorful and influential characters of the era —Wild Bill Hickok, Buffalo Bill Cody, Jesse James, Wyatt Earp, Bat Masterson, Texas Jack Omohundro and of course, General George Armstrong Custer.

J. Laux Perren gives a unique twist to the classic Western novel by following the adventures of Missy Herrington and her experiences with some of the great historical events and characters of the 1870s. Missy Herrington’s story is set within an accurate history of the era of expansion into the West. Missy’s work as a writer is enhanced by her unique perspective as a courtesan and adventuresome explorer of the wild country and pivotal events of the era.

Click Here to purchase Print book or Kindle from Amazon.com